The windows glazing (Window Caulk, Glazing Compound, Wiring and Other Similar Materials) that secures the glass panes to the frames is known as window glazing. This may can contain asbestos and should always be screened, treated, and disposed of properly.

As you may have heard if you follow Es-America news, asbestos can be found in a variety of areas in older homes, including walls, under linolium and carpet, in or behind heating appliances, in toilet cisterns and seats, in meter boxes…

But did you know that your windows could contain asbestos? Asbestos can be found in putty used to seal windows, particularly in houses built in the early and middle decades of the twentieth century.

What was the purpose of using asbestos in window glazing?

Why, of all things, would asbestos be used in window putty? Asbestos was utilized in construction products for the same reasons that it was used in other products: it added strength and fire resistance. Fire resistance is a very desirable feature in window putty. Some putties are intumescent, which means that when heated, the material swells, increasing in volume but reducing in density.

As a result, the putty is highly effective as a sort of fireproofing, protecting the surfaces on which it is applied from heat damage. Asbestos was most likely present in these varieties of putty. (Ironically, asbestos-containing putty was also widely employed in US naval warships!)

As with most asbestos uses, the use of asbestos in window putty was motivated by good intentions. However, as a result, old windows are now merely another source of asbestos exposure, particularly during restoration or window replacement.
The risk increases over time as the putty weathers and begins to degrade.

Anyone who has ever spent the winter in an unrenovated older house will be familiar with this issue: the putty around the windows becomes so worn that it no longer accomplishes its function of keeping the cold out. Many people resort to using interim fixes such as insulating tape in the meanwhile, but the putty is still progressively wearing away and becoming friable, posing the risk of asbestos fibres being discharged into the air.

Before Replacing Old Windows Ensure The Putty Does Not Contain Asbestos!

As a contracting company for asbestos removal, our business adheres to all EPA (Environmental Protection Agency) protocols and regulations in order to remove:
– Window Caulk
– Glazing Compound
– Wiring
– and Other Similar Materials

We needed an asbestos report for a tear down and rebuild. It couldn't have been easier they showed up took the samples they needed and quickly got the report back to us back to us in a couple days. Elias Hernandez was our services agent 👍👍👍

We weren’t sure if the was asbestos in our floor or not. We called in the morning and they sent a technician out that afternoon and we had results the next day. Great technician, great customer service, all around a good experience with them.

I am very pleased with the work performed by Environmental Services Of America. Elias came out to look at a job, talked to me through it until I understood the entire process. They showed up on the schedule day and worked till the job was done. Elias sent pictures of the progress every day and when I got back to the house it was perfectly clean, they could not have done a better job. 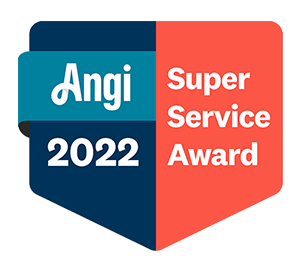